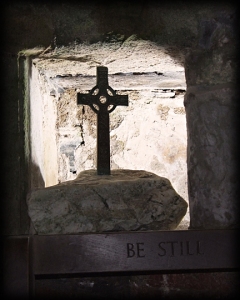 Did you know the earliest Christians were called atheists by the Romans? According to Elaine Pagels scholarly book, Revelations, Christians were considered atheists because, just like atheists today, who don’t believe in a sheltering deity, Christians of that time mocked people who prayed “that the (Roman) gods would protect them, because…the gods are nothing but dead men whom later generations imagine as heroes.” They concluded that “Roman religion is nothing but a flimsy fabric of lies.”

While other religions of the time allowed (and even encouraged) their adherents to respect and pay homage to other gods, when a person became Christian, they were expected to repudiate all other deities. This didn’t set well with the Romans, who understood that conformity was crucial to controlling their people, and that allowing a group to exercise exclusivity as a religious tenet would undermine their political grip upon the entire populace.

Furthermore, Christians were dangerous because they sought out converts amongst the poor and the outcasts. Unlike other religions, where initiation into the inner mysteries required clothing and items that the marginal people couldn’t afford, Christians welcomed the prostitute and the beggar. They were not only invited into the deepest mysteries, but offered the heretical opinion that admittance into the presence of God was obtained through intuition, not intellect. Again, this gave the masses a sense of control and purpose independent of the Roman state, which Romans feared would lead to the disintegration of the autocracy.

Where Romans believed that political rule and power were rewards from God for their piety, Christians considered these marks of impiety. Tertullian, an early church leader stated, “Unless I am mistaken, all rule and empire are gained by war and victories.” The early Christians experienced firsthand the pain, suffering and death wrought by those who believed their political power was God’s affirmation of their religious views.

Do today’s vocal Christians seek out the prostitute and the destitute? Do they invite divergence in society, or do they seek conformity to their moral perspective? In other words, who do the politically strident Christians of today more resemble – the Romans or the ancient Christians? The answer should make us squirm.

(I highly recommend this book! Buy it here: Revelations )

Mystic. Living on glimpses. And coffee. View all posts by Cherie Renae

1 thought on “The New Romans”

Thoughts from Moments Past